How to Perform Under Stress- Great Tips 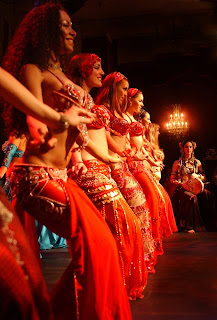 Does your mind go blank every time the boss calls your name in a big meeting? Ever bombed a test you spent weeks studying for, or botched a simple play that cost your team the game? If so, University of Chicago psychologist Sian Beilock feels your pain. Her new book Choke, which is based on her own studies as well as research by other cognitive scientists around the globe, explains why stress causes us to screw up. Following are five of Beilock’s best tips on how not to crumple under pressure—no matter how nervous you might feel.


Having a positive attitude is all well and good, but not if you’re stifling negative emotions. That can cause them to sneak up on you at the worst possible moment. A good way to banish those pesky thoughts for good is to acknowledge them long before the big day, then let them go. Take a few minutes to write out your fears or how you might have corrected a previous poor performance. You could even sign up for a comedy or improv class in which you can practice making a fool of yourself. These approaches serve as catharses to free up your working memory (which is basically your ability to reason on the fly) and enable you to focus on what matters *when* it matters.


When you’re under the gun, it’s tempting to just go with whatever comes to mind first. But that’s often a mistake. Beilock argues that the best strategy is to take a deep breath, clear your mind, then carefully analyze the problem at hand — like, say, a complex question on a math test — before trying to solve it. Just like a pro basketball player quickly scans the entire court before making a pass or driving toward the basket, it’s important to absorb all relevant information before proceeding. Not only does pausing help to ensure that you don’t overlook key details, but it also gives your brain time to replenish its supply of glucose, the cellular fuel that helps ensure peak performance.


It’s easy to sit in front of the TV in your underwear imagining your speech to the boss explaining why you deserve a raise, but that technique is not very useful. Instead, get dressed, meet a friend for coffee, and practice your speech on her. “Even practicing under mild levels of stress can prevent you from choking when high levels of stress come around,” notes Beilock. To illustrate her point, Beilock explains how Southern Utah University’s men’s basketball team earned a first-place ranking (up from 217th) in successful free throw shots after head coach Roger Reid began making players run a lap around the court each time they missed a single free throw during practice. The squad’s 80% success rate is now higher than the NBA average of 75%.


Once you’ve mastered a skill or perfected your presentation, it’s best not to over think it. Brain scans of skilled rifle shooters, for example, show that their neural activity is actually much lower than that of beginners as they take aim. Because the expert marksmen have practiced so much ahead of time, their mind and body practically work on autopilot just before pulling the trigger. “Attention can be counterproductive when it alters performance. Under pressure, people start worrying, which leads them to try to control their performance,” notes Beilock, who advises focusing on the outcome instead of the process, for all but novices, who actually do better when they consciously think about every move as they make it


Distract Yourself With Music


Sometimes trying not to think about your upcoming performance at work or on the playing field backfires. In fact, it can make you think about it *more.* That’s where distractions come in. Remember champion swimmer Michael Phelps and his iPod during the 2008 Summer Olympics? They were inseparable. If you can’t pop in the earbuds, try singing to yourself. Distracting yourself with a song can keep you from focusing on negative thoughts or overanalyzing your next move. The melody can help you focus, too. For example, you can use the rhythm of a song to pace your running stride or time your golf stroke. 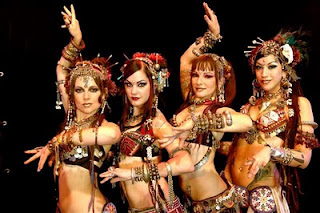