I thought this was so cool seeing as how we’re performing this song tonight for the Aziza and Karim show. 🙂 Yay!

After bowling over audiences in India, ‘Munni Badnam hui’, the song from last year’s blockbuster ‘Dabangg’ seems to be wowing people from across the seven seas.

After leaving audiences enthralled with her performance on the song in the film, Bollywood actress Malaika Arora has now created history by entering the Guinness Book of World Record in the city of Melbourne in Australia, trade sources said. 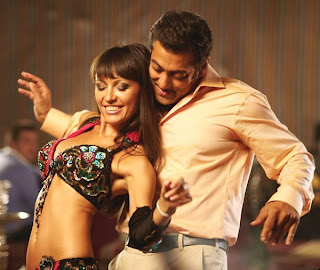 Malaika, who was accompanied on the song by her husband Arbaaz Khan, the producer of ‘Dabangg’, and her son, received a certificate from the Guinness Book yesterday for setting the record.

The earlier record was set in Singapore when 1008 people danced publicly to a song.

The event was organised by Indian Film festival 2011 director Mitu Bhowmick Lange to promote Bollywood Down Under.

It is notable that ‘Munni Badnam Hui’ has become a rage since the release of the Salman Khan-starrer last year.

In fact, the song has dominated all music awards in India and became an anthem on dance floors.